Can Crusher Roll-Out in Dublin and Co Meath 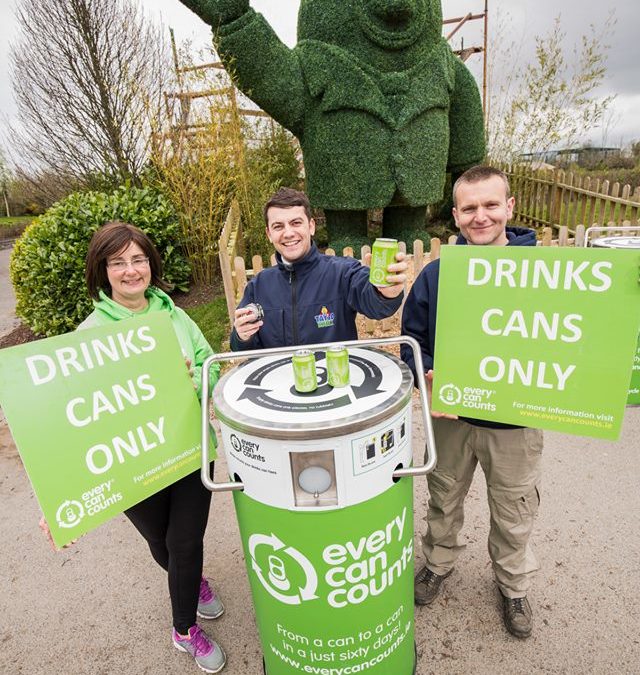 Alupro Ireland, with Agenda 21 funding, is providing can crushers in Meath and Dún Laoghaire Rathdown County Councils to boost their Every Can Counts campaigns.

The can crushers, with a capacity of up to 2000 cans, are onsite in Tayto Park and at Trim Castle.  Keep an eye out for the roving can crushers that will be making an appearance at various public areas around Trim!

The Trim Tidy Towns group are currently collecting cans throughout the year as part of the Every Can Counts programme and recycling them through Panda Waste recycling division IPR.

Collecting cans is a great revenue stream for any Tidy Towns groups as cans have a value and can be traded for cash, which can be used for the group, or donated to a local charity.

In Dún Laoghaire Rathdown the can crushers are helping St Andrews College and IADT increase their beverage can collection, as well as supporting the efforts of the Shankill Tidy Towns group.

If your Tidy Towns group, school, college or business would like to get involved and increase your beverage can collection rates please get in touch with Every Can Counts here.

In Ireland its estimated that 180 million drinks cans are consumed outside the home each year.  These are either in schools, workplaces or ‘on the go’. Every Can Counts estimates that an organisation of 50 employees could recycle up to 3,000 drinks cans per year by making recycling part of their everyday routine.

Aluminium cans are 100% recyclable with no loss of quality, if placed in the right bin they’re a resource that can last forever.