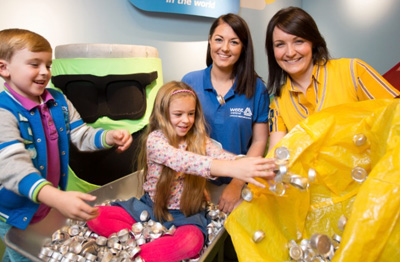 The campaign aims to encourage school children and consumers to recycle their tea light holders at IKEA once they have been used. IKEA sell almost 52,000 tea lights per year in their Dublin store alone! If recycled would light almost 10,000 homes for 2 hours!

Tea lights are growing popularity, which means up until now, there have been millions small aluminium containers  disposed of each year. Primary school classes are being challenged to collect as many tea lightholders as possible and to recycle them at IKEA , along side a colouring competition with a grand price of €500 to spend in IKEA.

Consumers are also being encouraged to recycle used tea light holders, either in their green recycling bin at home or at bring and civic amenity sites, where they can deposit them with aluminium cans. Every piece of aluminium is continuously recyclable with no loss of quality, if placed in the right bin it can be used forever!